The Great Paris Puzzle: Figuring Out How to Stay

I’m leaving Paris. That’s an awful sentence to write, let alone an awful reality to face. If you’ve read my blog at all, you might recall (by the roughly 6,782 mentions) how much I’m dying to stay here. France is home, and Paris is my heart.

But the reality for a single American expat girl like me with no working papers, no job, and no French husband/boyfriend to keep her here is this: there’s only so much money to keep the live-in-France-forever train rolling along the proverbial tracks. So for now – FOR NOW – I’m leaving Paris at the beginning of December and going back to America where I’ll visit some friends, old and new, and then head back to my other home and city love – San Francisco – to figure out what’s next. Which is no short order to fill after living my dream and having hands down the best year of my life. 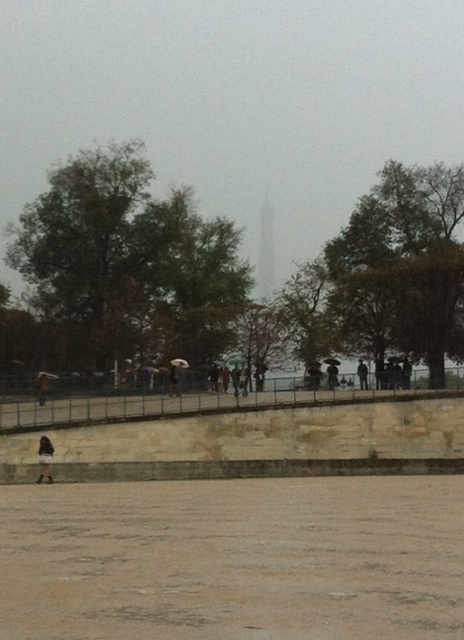 Foggy Eiffel Tower on a rainy day. This is how I feel when I think about leaving. Sigh.

There’s a good possibility that I’ll be back in Paris after the holidays to pick up life again here in January. I’ve got some irons in the fires. But if there’s one thing I’ve (finally) learned and come to (begrudgingly) accept over the course of the past two years it’s this: life’s not fucking fair. It doesn’t always work out the way you want it to, even when you’re an annoying eternal optimist like me. And there’s no better dreams-crushed example of life not working out than watching an expat in his or her adopted foreign country try to find a way to stay in the new place he or she loves, to no avail. In most every country around the world, unless you’re a native, you’re fighting an uphill battle in a complicated bureaucratic system, in a language in which you’re probably not fluent.

So. {The word that’s filled with a thousand screams of frustration and stomach lurches of sadness and ambiguity, a million vacillations between excitement to see old and absolute devastation to leave new, and roughly a billion tears.} My plan is to walk the fine line between dreamer and pragmatist for a few months and see what I can figure out. Ideally, I will make money on my own, without tying myself to a desk, and live between SF and Paris. Somehow. Not a bad life if I can figure it out. I think I can, but I have a feeling it’s gonna feel a lot like trying to stand up on a surfboard in the middle of the Indian Ocean: unpredictable, with lots of falls, bruises, bloody knees and lungs full of water, before I finally succeed. 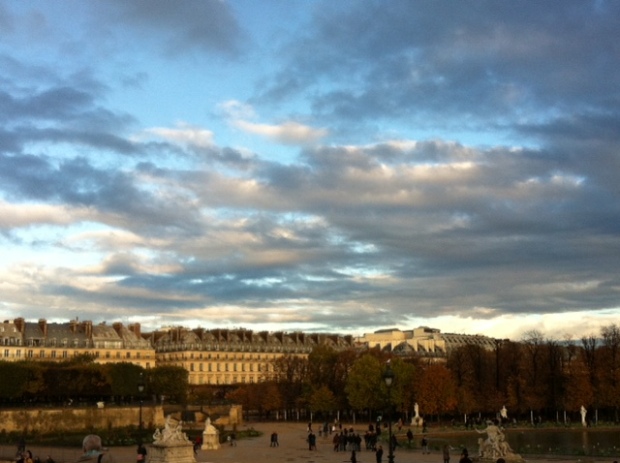 Clouds over the Tuileries.

In case I don’t make it back, in case the pragmatist wins (temporarily), I’m dedicating the next 40 days to not living like a local anymore. I can’t rest on my laurels and simply walk around Paris assuming that I’ll be here forever. Though I’ve done a great job of seeing Paris and soaking in the culture, there are still plenty of things I need to see or see again. I’m gonna share it all along the way, and if you have suggestions, please feel free to comment or email me.

So click here for the jump to Day One, but in the meantime, here’s to all the people out there trying to figure out something different for their lives, something hard, something other than what we’re all taught we “should” do, at least in America. It’s not an easy ride, but it’s filled with plenty of thrills. I’ll leave you with one of my favorite quotes from F. Scott Fitzgerald, which inspires me to keep trying and gives me chills every time I read it. Go live a life you’re proud of, people. (Well said, F. Scott.)

For what it’s worth: it’s never too late or, in my case, too early to be whoever you want to be. There’s no time limit, stop whenever you want. You can change or stay the same, there are no rules to this thing. We can make the best or the worst of it. I hope you make the best of it. And I hope you see things that startle you. I hope you feel things you never felt before. I hope you meet people with a different point of view. I hope you live a life you’re proud of. If you find that you’re not, I hope you have the strength to start all over again. – F. Scott Fitzgerald

13 thoughts on “The Great Paris Puzzle: Figuring Out How to Stay”